What a weekend my trip to Chicago was!
I left my house around 5:40 in the morning and after stopping to fuel up the car I hit the highway a little before 6am, and thus began a straight 7 hours of driving. Okay maybe not a straight 7 hours as I did stop 3 times to refuel my car, stretch my legs, use a bathroom…you know, normal road trip things.

Chelsea, of course having a much shorter drive than I, got there before me but this time by only about a half hour. We checked into the hotel, unpacked a bit and the fun began!

One of the first things we did was exchange the gifts we had for each other. They were a combination of birthdays and Christmas gifts and I think both of them were awesome. I gave her an autographed MBLAQ “Broken” album and I think it’s safe to say she loved it. Especially when you consider the fact she said, “I want to sleep with this tonight!” Chelsea gave me a whole box of stuff! She made a Youngbae (Taeyang’s real name) bracelet, got me a B1A4 necklace (that I wore to the concert the next day of course), Himchan socks, and a Taeyang “Rise” poster.

Soon after unpacking everything we decided it was time to adventure on out and use our tourist time to explore some of Chicago. Unfortunately we didn’t spend as much time as exploring as we would have liked, nor did we see as much as we had planned but I still had fun. We started the day of course going to Chinatown and heading to the K-Pop shop because what else would we do? This store was awesome.
This was the second K-Pop specific shop I’ve been to and it was better than the first! They had everything from albums to posters to clothing and snapbacks. I think almost instantly Chelsea and I went into overwhelmed fangirl mode, there was so many options. I really only wanted one main thing – an official B1A4 lightstick and knew that anything else would just be a bonus purchase. I was prepared for the store to be sold out of lightsticks, what with the concert being that next day but the first thing I saw when we walked in was a table full and I surely bought one! As well as a super cute winter hat with Winner’s “W” logo stitched onto it.

After leaving the K-Pop shop we headed downtown to play tourist! Of all the times Chelsea and I had

been to Chicago neither of us had done the touristy thing. We had plans to do the whole tourist thing, we wanted to go to Millennium Park and see the big bean thing, as well as Navy Pier. However we only had time for Navy Pier and dinner. Navy Pier however was amazing! The view was incredible, so we decided to ride the Ferris Wheel to see more of it! The view from the top of the Ferris Wheel was breathtaking! You could see the city skyline and all the way out across the lake. It was amazing! You can see my cheesy insta-video to see how much I loved it.

After the Ferris Wheel we wondered about Navy Pier a bit more before heading to the underground tunnel to find some place to have dinner. The both of us had only eaten snacks on our own road trips to Chicago so at this point, several hours later, we were rather hungry.
I don’t know the name of the area we ended up in but there were several gift shops and restaurants in there. Eventually we decided on Jimmy Buffett’s Margaritaville and thank goodness we did. Between the margaritas and the food, man it was good!

After dinner we embarked on our last planned event for the evening! A night to see an excellent Korean movie! T.O.P’s latest movie Tazza 2: The Hidden Card had been playing in Chicago for a while and when I saw it was still playing the weekend we would be there of course we took the opportunity to go. It was a little ways from our hotel, but it was definitely worth it. The movie theater was in a shopping mall and we got there a little early so we bought our tickets and then went to explore the mall. Truthfully there wasn’t much there, but they did have a shop called Health Korea where we picked up some Korean face masks. Personally, I love face masks – Chelsea had never tried any, so why not get Korean face masks?! We tried them out later that night at the hotel and I  loved them. My skin felt so fresh afterward. Chelsea was a little thrown off by the whole There is a moist layer of fabric on my face thing but she said she could get used to it. Not too long after the mall was starting to close up 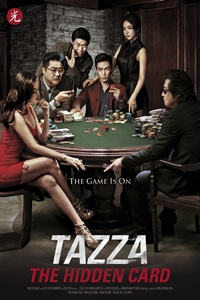 and it was getting closer to the showtime of Tazza 2  so we headed back down to the theater to get drinks, popcorn and find seats. We were still pretty early so we got good seats in the middle of the back row and as the movie was starting we realized Hey, we are the only white people in this theater. It definitely gave us a good little chuckle. Then….oooh the movie started & it was good. SO GOOD!!! T.O.P is a phenomenal actor and the rest of the cast well…simply put WOW! Whether you are a K-Pop fan and like T.O.P, or you like Korean film, or you just like film in general Check out this movie. It’s about Ham Dae-gil and his natural talents for gambling, he ends up in an underground gambling circle and from there it takes about 50,000 turns with all the various characters seeking revenge for one another. It was a roller coaster from beginning to end and it was so good! If you ever have the opportunity, watch it!
By the time the movie ended it was just about past midnight and this theater was about a 20 minute drive back to our hotel and spent the rest of the night there.

When Sunday came we honestly didn’t do very much. The concert was that night so we decided to spend the day pretty casual and save our energy for the concert! We got our breakfast at the hotel then hung out in the room watching TV and just chilling out. If I remember correctly it was around 1pm when we finally decided to get ready for the concert and then get lunch.

Of course though we got to the venue early and the parking lot wasn’t open yet so when we saw an Outlet Mall next to the venue, we made use of that! They had a lot of really great stores there but the one we loved? A candy store! I got some various chocolates and candy cigarettes. The store had various International candy sections and I found Hello Kitty Ramune. Of course I had to get that too, I love Helly Kitty and I have always wanted to try Ramune. Soon after though it was time to head over to the venue to get in line for the concert! To read my review of the B1A4 concert it can be found here!
After the concert we took the night simple to relieve our overwhelmed fangirl hearts~ and went back to the hotel.

The last day of the fantastic weekend was Monday but that doesn’t mean we didn’t take use of it! We got up early enough to again have breakfast at the hotel and then headed back into Chinatown. We had decided earlier that we would return to the K-Pop shop to pick up a few more things. Of course when we got there though it was closed for the lunch hour. I noticed driving in that there was a Korean restaurant a block over so we headed over there and dined on Korean food. The restaurant was called Ahjoomahs Apron and it was so cute and the food – DELICIOUS! I had Bibimbop and Chelsea had Dolsot Bibimbop. There were a few other BANAs in the restaurant and of course we all ended up talking about how amazing the concert was the night before.
After paying for our lunch we headed back to the K-Pop shop to pick up a few more goodies. I got a B1A4 snapback, and a few sets of posters and Chelsea picked up a few things for herself and some gifts for friends. Myself included because that wonderful friend of mine got me B.A.P’s Unplugged 2014 – the only album of theirs that was previously missing from my collection. I was pretty excited when she decided to do that!

We did spend quite a bit of time there and after we finally left it was about time for me to begin my drive back to Minnesota. Chelsea and I headed back to our hotel so she could get her car and then we parted ways. I left Chicago around 4pm and finally made it home around 11 that night!

This weekend was amazing, truly. Of the vacations I have taken with Chelsea for K-Pop trips I think this definitely is right up at the top of list along with the trip to San Francisco for Taeyang! 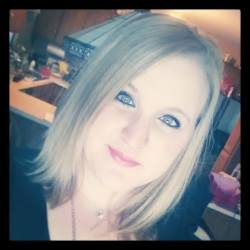